From UnionCloud Support
(Redirected from R27 Patch: 12th May 2017)
Jump to: navigation, search

This page details the content that has been released in the patch named in the title above, if you were looking for the content from a different Sprint, or Union Cloud Release, please take a look at the Version History page to see all Sprints and Releases.

The Charts used on various parts of the UnionCloud site; Elections Dashboard, Reports, Analytics etc. all have an Export Function, recently this function stopped working. The charts are generated using a 3rd Party Library Highcharts, and they had moved the location of one of the libraries, we've now updated this.

A number of users have recently reported issues in the CK Editor with spacing for example after pasting content in, some of the white spaces were being removed, particularly the <br/> character and the   characters. There were two separate issues here, the one removing space characters was only in the Chrome browser and only since updating to the latest version, we reported this to CK Editor and they resolved the issue
The other issue was to do with us removing excess white space which we have fixed. 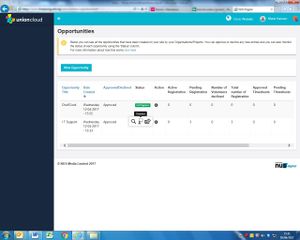